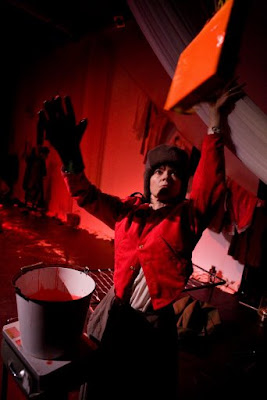 ARTEL is delighted to announce 10 Performances Only of our latest installment of newly devised Bulgakov material,

The Legendary Times of Bulgakov! 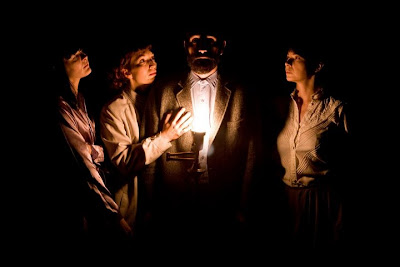 We have been enticing this show, along with our ensemble and community, to blossom for the last two years! All three have burst forth in unexpected and astounding ways! After so much pruning, care, and love, we are very excited to share our growth with you, our audience, and discover what new branches may appear along the way!

Opening and Closing night Gatherings are planned, but as always with our work, each performance will have refreshments and time for discussions, singing and who knows what else. So please begin buying your tickets now, spreading the word, and planning to make each night a new perspective on Los Angeles community! We look forward to meeting you again. 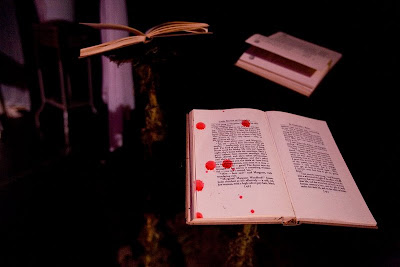 The Legendary Times of Bulgakov captures the soul of Russian satirist Mikhail Bulgakov (best known in the West for his novel The Master and Margarita) and the essence of his time (Russia, 1917 - 1940). Though he was repeatedly censored, persecuted and eventually silenced by the Stalinist regime, Bulgakov continued to write until his final days. His depth of humanity and integrity serves as bountiful inspiration to all who may despair in times of increasing authoritarian control. ARTEL employs the use of movement, image, voice, satire, surrealism and song to present a quilt-like unfolding of Bulgakov’s story, inviting the audience to enter a mutual search for revelation.

When:
Fridays and Saturdays, May 16th through June 14th
At 8pm

Admission:
Sliding Scale $15-$25;
$25 general admission
$15 students/seniors/hungry artists
Tickets may be purchased at the Brown Paper Tickets link on the right of this Webpage
or over the phone at 1-800-838-3006


Here's what some of the community said after our Highways version in December:
Like a trusted lover, ARTEL savors blindfolding us, keeping us waiting, wanting, guessing…our senses wide awake, ready to engage. Fearless, avant-garde and determined to make us active participants in the creative process, ARTEL’s shows are disorienting and exhilarating, creat[ing] a symphony of spectacle and shock, always journeying on roads less traveled, stretching their wild imagination muscles to suggest, rather than dictate, Bulgakov’s incredible journey.
- Frankie Colmane, writer 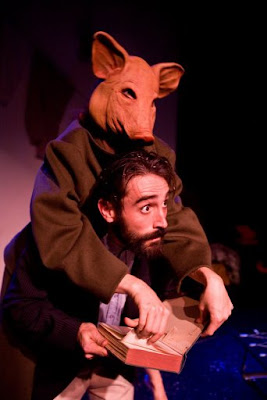 Congrats on a terrific show! I really admire and respect all of the work you guys are doing, especially in this culturally vacant city, it means a lot!
- John Sinner, Director/Playwright

In Los Angeles, we critics see theaters put on plays as though in a slaughterhouse, one after another along the production line, busy people rehearsing between cell-phone calls and auditions for other projects, rehearsing for reasons rarely understood with clarity. Too often, the result is a carcass. When artists reach an understanding by reaching for an understanding of what they’re doing, and why, the nature and purpose of doing theater in a city as absurd as Los Angeles begins to emerge. That’s what I saw onstage at Highways last week. It was a nonlinear, imagistic, biographical and beautiful exercise dedicated to the proposition that one must continue the work because the work must be continued.
- Steven Leigh Morris, LA Weekly

Come join Artel as we honor 19 years of a beacon and shelter for artists in Los Angeles! Artel will present A Chapter from the Legendary Times of Bulgakov as part of Highways 19th Birthday Celebration! 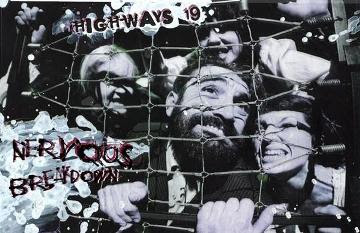 Celebrate our 19th year with great performances by fierce artists who honor us with their work. 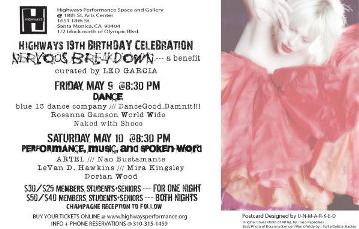 (please note the birthday bash is two nights of different performers and performances, Artel performs on Saturday).
Posted by ARTEL at 6:52 PM No comments: