A humble thank you to K. Primeau for upholding the job of reviewer! Far too often LA Theatre critics feel that a précis of the literary aspect of a theatrical event suffices as a job well done. It's an honor to have our work so well articulated and to see the noble role of critic is still preserved in some minds of the world. 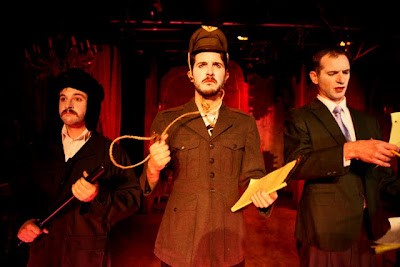